The other day I was doing a Google image search for images of Our Lady of the Miraculous Medal. I noticed actually that I had better luck with just Miraculous Medal, but that is neither here nor there. What I am getting to is that it reminded me of how that medal and particularly Our Lady came into my spiritual life.
I didn't used to have much of a devotion to Our Lady. I used to dread saying rosaries or other Marian devotions. I was unsure about Marian devotion, but a series of events changed all that.
The story begins with Google of all places. I was looking for something about St. Therese de Lisieux. I forget what it was but one of the results caught my attention so I opened it. It was an excerpt from a book called AA-1025: Memoirs of an Anti-Apostle. The plotline immediately intrigued me. Could a communist really infiltrate the seminary and actually become a priest for the sole purpose of trying to undermine the Church? For regular readers of my blog you have surely noticed a healthy anti-Communist sentiment. The commie's ideas on how to achieve this are the same ideas decried by traditional Catholics.
But I digress; back to Mary. I didn't want to buy since I was quite broke, so I checked and it turns out the Mt. Angel Library had it. The "seminarian" had a girlfriend (Raven Hair) on the side and he couldnt stand the sight of the Miraculous Medal around her neck. He couldn't stand that she had it in other places such as the curtains. He eventually talks her into taking it off of her neck and giving it to him.
It also played a role in driving off the Communist sympathizer paid to assist him in his mission to get through the seminary. In short it played a role in the book that I found quite intriguing.
Then a day or two after I finished the book (btw, the intro of the book claims that it is a true story) I was going the cracks of the recliner in my seminary room and found an unusually large Miraculous Medal. As thick as I am, even I realized that it was a sign.
I finally go the hint. There were some other that added in, but these two were the clearest. Needless to say, Mary, especially as represented in the Miraculous Medal, has become much more than just a Biblical character. She has become a mother and someone to pray with. Just as she gave birth to Jesus to fulfill prophecy and bring Him into the world as a man, still today she brings Jesus more fully into lives such as mine.
Btw, I highly recommend the book. Its a quick and easy read (less than 200 pages).
Posted by Athanasis Contra Mundum at Sunday, August 27, 2006 1 comment:

Order of the week II

This weeks order is the Oblates of St Joseph. The order was founded by St Joseph Marello. Their charism is mostly mission work (priests to areas lacking and foreign missions) and catechism.
Posted by Athanasis Contra Mundum at Sunday, August 27, 2006 No comments:

I went to Andersonville National Park yesterday. There isn't really much there aside from the museum. Other than the museum there is an open field with some monuments, a few recreations, some of the earthwork defenses remain, but overall it is mostly an open field.
We decided to take a driving tour of the site, so we rented a CD tour. When we went to get it the Park Ranger/cashier didn't want to rent to me because I only had a $20 bill. Why she couldn't give me change I don't know. To top it off I had to leave my driver's license with her for a $1 CD rental. That was astounding.
When we left we saw a sign for the Jimmy Carter National Historic Site just 26 miles down the road, so we went there too. It was kinda interesting that they declared the whole town a historic site. We stopped into the old high school which is now the visitor center.
Posted by Athanasis Contra Mundum at Sunday, August 27, 2006 2 comments:

order of the week 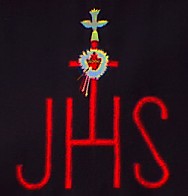 Ok, so I am going to try something new and see how long I can keep it up before I start spacing it. I am going to have small posts about a different religious order each week.
This week is the Missionaries of the Holy Spirit. This order was founded in Mexico by a priest, Fr. Felix Rougier, based on the mystical visions and insight of their co-foundress Conchita (I can't remember her given name). Christ the Priest Province is their US province. So far, their presence in the US is only on the west coast.
Posted by Athanasis Contra Mundum at Sunday, August 20, 2006 No comments:

This weekend I am going to try a new parish. St Michael's is a good parish (except for last weekend when we sang "A Mighty Fortress is Our God" by Martin Luther), but I'd like to check this out St Teresa's. From what I have seen so far it seems to be an extraordinarily active parish. I drove by it the other day to make sure that I could find it tomorrow and it is a huge compound. It would be a big parish anywhere, but I was amazed considering I am in Georgia.
The other parish that I want to visit some time is the Melkite parish downtown. I went to a Maronite mass once and it was a good experience. I like seeing the celebration of the Mass in the different rites.
Posted by Athanasis Contra Mundum at Saturday, August 12, 2006 2 comments: 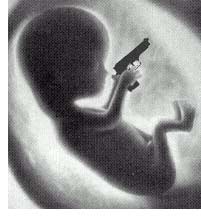 Here's a possible solution to abortion: We allow our unborn to practice their Constitutional right to bear arms. That abortionist would be in for one heck of a surprise.
Posted by Athanasis Contra Mundum at Thursday, August 10, 2006 1 comment: 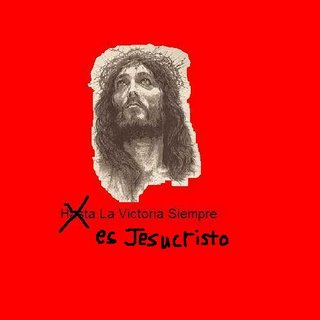 Posted by Athanasis Contra Mundum at Wednesday, August 09, 2006 No comments:

Have you thanked your priest lately for everything that he does in your parish?
While many of us have or had priests that were involved in the sex scandal or other illegal/immoral acts, most priests truly are holy men of God. The website has prayers for priests, a link to mail and post a letter thanking priests for all that they do, and you can view some of the other messages.
Posted by Athanasis Contra Mundum at Wednesday, August 09, 2006 No comments:


I especially like the part where he talks about the amount books in the Bible and he says "... and if you're Catholic there's even more." Apparently, he lost the book of Habbukuk among others. Just think, her Bible would be even bigger if he dated a Catholic.
Posted by Athanasis Contra Mundum at Sunday, August 06, 2006 No comments:

I saw this on YouTube and had to share this with the world. Its a Catholic Coke commercial. Its hilarious, yet still tasteful.
Posted by Athanasis Contra Mundum at Wednesday, August 02, 2006 1 comment:

Today was the first day of class. So far it seems quite interesting. Among other things that I learned today, I learned that the Army Signal Corps was the first in the military to have any airplanes.
I like the training and from what I have seen so far of the Army it seems like a good career and something I would really like to do, but still I feel in my heart that something is missing. I am not sure if it is the seminary or something else, but I have lots of time to figure it out.
I also got my power cord for the lappy so now I have regular internet access AND I can get on whenever I want for as long as I want. I am rediscovering sites that I haven't seen in a few months. I came across my other blog and goodsearch for instance.
Goodsearch is a search engine that donates a penny to a charity of your choice every time you search for something on their site. I recommend using it and typing in Catholic Answers in the box below the search where you designate the charity of your choice.
Posted by Athanasis Contra Mundum at Wednesday, August 02, 2006 No comments: