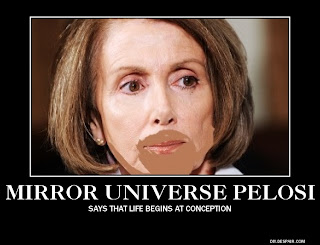 I follow quite a few blogs myself and simply couldn't do it without RSS. My reader of choice (currently) is Google Reader on the desktop and tablet, set to show only those which have unread content. I check at least twice a day.

When I say "follow", I don't mean to imply read. I look briefly at every post and decide if it interests me at the moment (which is sometimes different day-to-day).

One thing that gets a blog, even a very good blog, off my list is moving to Patheos. Most of those blogs show only 2 or 3 lines of text vs. the full post so that you have to click-through to see the content. This is done for advertising purposes but I don't have the time for this. There are plenty of great blogs that include the full content in RSS.

I do the same thing as far as glancing at it to decide if I want to read and delete if it I don't like the first few sentences. A lot of times if I have a lot of unread on a certain feed I'll just mark all as read.
I don't mind Patheos's feed, it just means they have to work harder to grab my attention.
The main problem I'm having now is information overload. For instance, I have feeds that I can't remembering ever reading and enjoying anything there and I've recently realized that some of these blogs haven't published anything in a year or more.

I think that the "man with no name" films were made in Italy, hence the nickname "spaghetti westerns". They were directed by Sergio Leone.

I too use an RSS feed (I use google reader) but I find that I miss wasting time visiting blogs :) Annette

Sergio Leone is Italian, but the movies were filmed in the Tabernas Desert of Spain.
I don't miss going through the blogs. For me its all about the content of the post.