Yes, Virginia there is a Satan 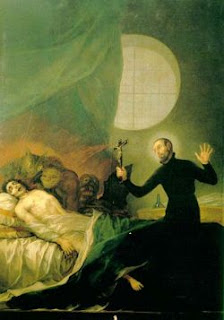 I came across this article at WND.com and this one at New Oxford Review. Both describe the exorcism of an unnamed woman. It was witnessed by multiple people, inlcuding board certified psychiatrist Robert Gallagher, MD.
Clearly this woman was more than disturbed. Disturbed people don't levitate, nor do they have unexplained knowledge of the deaths of other peoples relatives, along with knowledge of how they died. Thye don't speak in languages they have no knowledge of.
This woman did all of these and more. A passage from the WND report:


"The exorcism began on a warm day in June," Gallagher recollects. "Despite the
weather, the room where the rite was being conducted grew distinctly cold.
Later, however, as the entity in Julia began to spout vitriol and make strange
noises, members of the team felt themselves profusely sweating due to a stifling
emanation of heat. The participants all said they found the heat unbearable.

Also this from Dr. Gallagher:

"Sometimes objects around her would fly off the shelves, the rare
phenomenon of psychokinesis known to parapsychologists," reports
Gallagher 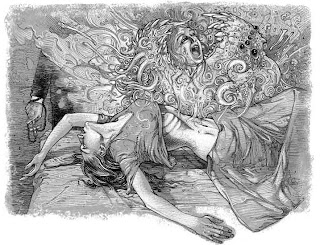 Clearly, there was someone else inside than just that woman. Many people insist that such things as demonic possesions don't really happen. The New American Bible I received for Confirmation even went so far as to explain in the footnotes that Jesus really wasn't driving demons out, he was actually curing X disease. How kind of the editors to correct the men who were there and got the info from the horse's mouth, from Truth Himself. Its not as though they are 2,000 years removed from the subject.
I also remember the one time that I watched the Exorcist and the doctors/psychologists told the mother that Catholics still practice the superstition of exorcism, but we keep it quiet because we are ashamed of it. What made The Exorcist so scary was that it was based on a real exorcism. They were able to make it so scary because they based it on the real exorcism of a boy in the US.
Satan is real. Demons are real. Satanic/demonic possessions are REAL. Its not as though the Gospels only mentioned possesions once; they were mentioned multiples times. Jesus even described what happens after a demon is driven out.
Something that is mentioned about the woman is that she was involved with 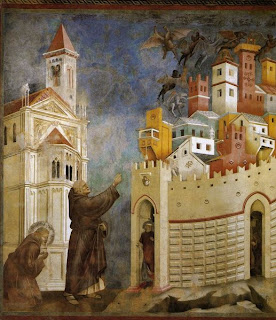 Satanic practices. It seems that she may have opened Pandora's box. I am not going to blame her though, for as it is well known Satan is clever and he is deceiving. It is not her fault that he wishes such harm upon her.

Yes, Virginia there is a Satan. He is real and as St Peter put it, he is prowling like a lion seeking the ruin of your soul.

And may God grant that the unnamed woman be free from demonic possesion so long as she may live. May she be drawn away from the Satanic practices of her past and draw near instead to Him in whom we live, and move and have our being, that living in the light of Truth she may no longer be deceived by the Evil One. Amen.


Saint Michael the Archangel, defend us in battle. Be our protection against the wickedness and snares of the devil. May God rebuke him, we humbly pray; and do Thou, O Prince of the Heavenly Host -by the Divine Power of God -cast into hell, satan and all the evil spirits, who roam throughout the world seeking the ruin of souls.
Amen.
Posted by Athanasis Contra Mundum at Saturday, March 15, 2008

The New American Bible I received for Confirmation even went so far as to explain in the footnotes that Jesus really wasn't driving demons out, he was actually curing X disease.

Actually, the sacred text says that Jesus was curing disease:

"But the Pharisees said, 'He drives out demons by the prince of demons.' Jesus went around to all the towns and villages, teaching in their synagogues, proclaiming the gospel of the kingdom, and curing every disease and illness." Matthew 9:34-35.

The online version of the New American Bible takes demonic possession very seriously. You would have to produce some specific references to convince me of your statement to the contrary.

I have a difficult time accepting that a document to which the American Catholic Bishops affix their approval, via nihil obstat and imprimatur signatures, would demean the Church's sacred Scriptures or the Church's supernatural worldview.

Speaking of The Exorcist, I was Googling around for the real story on which it's based and found that according to the notes kept by the priests, St. Michael himself was involved in helping to cast out out the devil. The victim eventually grew up, had a son, and named him Michael. The truth is better than the fictionalized account.