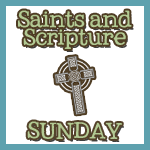 "Going therefore, teach ye all nations; baptizing them in the name of the Father, and of the Son, and of the Holy Ghost." Matthew 28:19
This passage at the end of St Matthew's Gospel is well known as the Great Commission. In it we are called to share and spread the light of Christ and the Good News of His Salvation to all peoples. When we think of missionaries we normally think of the Colonial Age of Europe when Europe conquered the world and they sent missionaries to the Americas and Sub-Saharan Africa. We don't normally think of the 1st Century mission work to Ethiopia, Armenia, Georgia, Persia, India, or Rome. 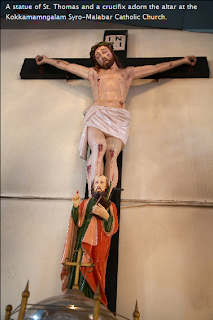 During the Age of Exploration when Europeans finally sailed around the continent of Africa and began sailing to India, they discovered there was already a vibrant Christian community there. St Thomas, better known for his disbelief at towards the end of the Gospel of St John, had gone there a few short years after the Resurrection. He had preached there and baptized there and the Church survived his martyrdom. The Indian Church received its priests and instruction from the Syrian Christians. Even after the Muslim conquest they still kept in contact and the St Thomas Christian communities thrived and evangelized for well over a millennium before European missionaries came bearing Latin Rite Christianity. Some of the Indian Christians joined the Latin Rite, many others became Catholic as groups (Syro-Malabar and Syro-Malankar Church Sui Uirisi), but many others still remain unreconciled with the Catholic Church.